Tuesdays with Morrie by Mitch Albom

The Sense of an Ending by Julian Barnes

The Hidden Life of Trees by Peter Wohlleben

Other Minds: the octopus, the sea, and the deep origins of consciousness by Peter Godfrey-Smith

After the End by Clare Mackintosh

Goodnight Mind: turn off your noisy thoughts and get a good night’s sleep by Colleen Carney

Fleischman is in Trouble by Taffy Brodesser-Ankner

Graphic Novels are a super fun medium and can communicate themes and ideas that can be tricky to grasp otherwise. Studies show that reading graphic novels helps with reading comprehension and with increasing engagement for reluctant or beginning readers.

The Adventures of Polo series by Regis Faller

take me to the catalogue

A Cat Named Tim & other stories by John Martz

Luke on the Loose by Harry Bliss

take me to the catalogue

The Read2gether Book Club at the library is open to kids ages 8-12 & their caregivers and meets the first Tuesday of the month at 6:30pm.

Book Club is a great way for kids to find new books or genres; it’s always fun to try something new & it helps to grow an open mind. Scroll for lists of the Read2gether Book Club picks from the past few years.

The Terrible Two by Mac Barnett

The Thing About Jellyfish by Ali Benjamin

The War that Saved my Life by Kimberley Brubaker Bradley

The Nest by Kenneth Oppel

Unusual Chickens for the Exceptional Poultry Farmer by Kelly Jones

One Crazy Summer by Rita Garcia-Williams

The Land of Stories: The Wishing Spell by Chris Colfer

Choose Your Own Adventure

The 39 Clues: The Maze of Bones by Rick Riordan

Big Nate: In a Class by Himself by Lincoln Peirce

The House with a Clock in its Walls by John Bellairs

The Wild Robot by Peter Brown

The Uncommoners: The Crooked Sixpence by Jennifer Bell

Jess, Chunk, and the road trip to infinity by Kristin Elizabeth Clark
Beast by Brie Spangler
Beautiful Music for Ugly Children by Kirstin Cronn-Mills
Gracefully Grayson by Ami Polonsky
If I was your girl by Meredith Russo
Something like gravity by Amber Smith
Jack of hearts (and other parts) by L.C. Rosen
All Out: the No-Longer-Secret Stories of Kick-Ass Queer Teens – Edited by Saundra Mitchell
Fans of the impossible life by Kate Scelsa
Cut both ways by Carrie Mesrobian
Not otherwise specified by Hannah Moskowitz
Shine by Lauren Myracle
They both die at the end by Adam Silvera
We contain multitudes by Sarah Henstra
Two boys kissing by David Levithan
What if it’s us by Becky Albertalli & Adam Silvera
Way to go by Tom Ryan
Will Grayson, Will Grayson by John Green & David Levithan
Subject to change by Karen Nesbitt
Openly straight by Bill Konigsberg
Nonfiction
Trans mission : my quest to a beard by Alex Bertie
Queer Heroes: Meet 53 LGBTQ Heroes From Past and Present! by Arabelle Sicardi
The letter Q : queer writers’ notes to their younger selves edited by Sarah Moonit
It gets better: coming out, overcoming bullying, and creating a life worth living edited by Dan Savage and Terry Miller
Beyond magenta: transgender teens speak out by Susan Kuklin
Some assembly required: the not-so-secret life of a transgender teen by Arin Andrews

Picture Books
I am Jazz  by Jessica Herthel
And Tango Makes Three by Justin Richardson
A Family is a family is a family by Sara O’Leary
Morris Micklewhite & the Tangerine Dress by Christine Baldacchino
Julian is a Mermaid by Jessica Love
I am Love by Susan Verde
A Plan for Pops by Heather Smith
Harriet Gets Carried Away by Jessie Sima
Stella Brings the Family by Miriam B. Schiffer

World War II is a huge, fascinating, and important topic to explore. Check out some of these titles to start the conversation and to connect with characters whose journeys reflect the experiences of real people.

–Our Castle by the Sea by Lucy Strange

–The War that Saved my Life by Kimberly Brubaker Bradley

–Number the Stars by Lois Lowry

–Room for One More by Monique Polak

–Hero on a Bicycle by Shirley Hughes

–The Sound of Freedom by Kathy Kacer

Family: complicated, sweet, the people who shape us. These novels help kids explore family dynamics and have a little fun along the way.

–The Vanderbeekers of 141st St by Karina Yan Glaser

–The Penderwicks by Jeanne Birdsall

–The Lotterys Plus One by Emma Donoghue

–The Lost Girl by Anne Ursu

–The Misadventures of the Family Fletcher by Dana Alison Levy

–The Story of Tracy Beaker by Jacqueline Wilson

–One for the Murphys by Lynda Mullaly Hunt 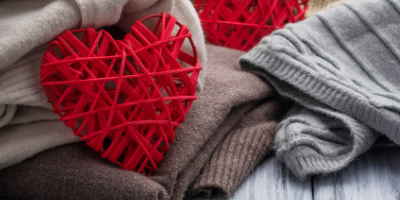 Titles on this list are sure to warm your heart and uplift your spirits.

-The Story of Arthur Truluv by Elizabeth Berg

-The Curious Charms of Arthur Pepper by Phaedra Patrick

-The Library of Lost & Found by Phaedra Patrick

-Meet Me at the Museum by Anne Youngson

-Ellie and the Harpmaker by Hazel Prior

-Our Souls at Night by Kent Haruf

-When You Read This by Mary Adkins

-The Unlikely Pilgrimage of Harold Fry by Rachel Joyce