I’m now officially finished grade 11, which is weird because it still feels somewhat like March. But I’ve also now “started” grade twelve, taking an online course for the month of July. It’s Challenge and Change in Society (in French) and so far it’s been very interesting. I have a lot more freedom than regular school in what topics I choose to study and sometimes how I present them. I’m finding myself a lot more productive than during the rapid transition to online learning and it is nice to feel like things are somewhat back to normal.
Other than that, I’ve now made more than 15 bracelets of different types, found a few new podcasts to listen to, and while I haven’t had a ton of luck in the fiction writing department, I have found something that might help. A concept I’ve never heard of before called a “writing sprint.” For a short amount of time (around 15 minutes) you just try to write as many words as possible. What’s really cool is that you can find these sprints live online on a variety of platforms and write at the same time as other people. I’m hoping that trying this will help me write on a more regular basis.
I have gotten to a bit more reading lately, particularly notable is Holding Still for as Long as Possible by Zoe Whittal. She’s a Canadian author with a very unique writing style that I didn’t realize I actually liked until about two thirds through the book. It has well-developed characters whose queer identities and mental health issues don’t make up their whole personality; they simply exist alongside the conflicts that form the story.
Throughout the past few months, as I’ve been trying to wrap my head around all this, reading has been one of the things that’s grounded me, and even as things open up more I’m going to make time to get through more of my TBR’s: 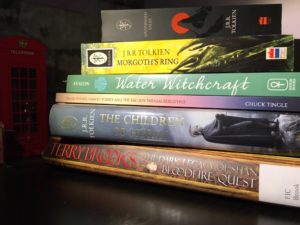 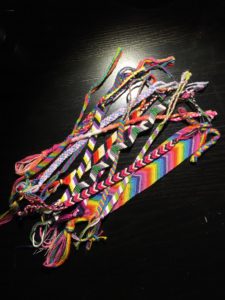