Want to pitch a program or event at the library? Fill out the form here. 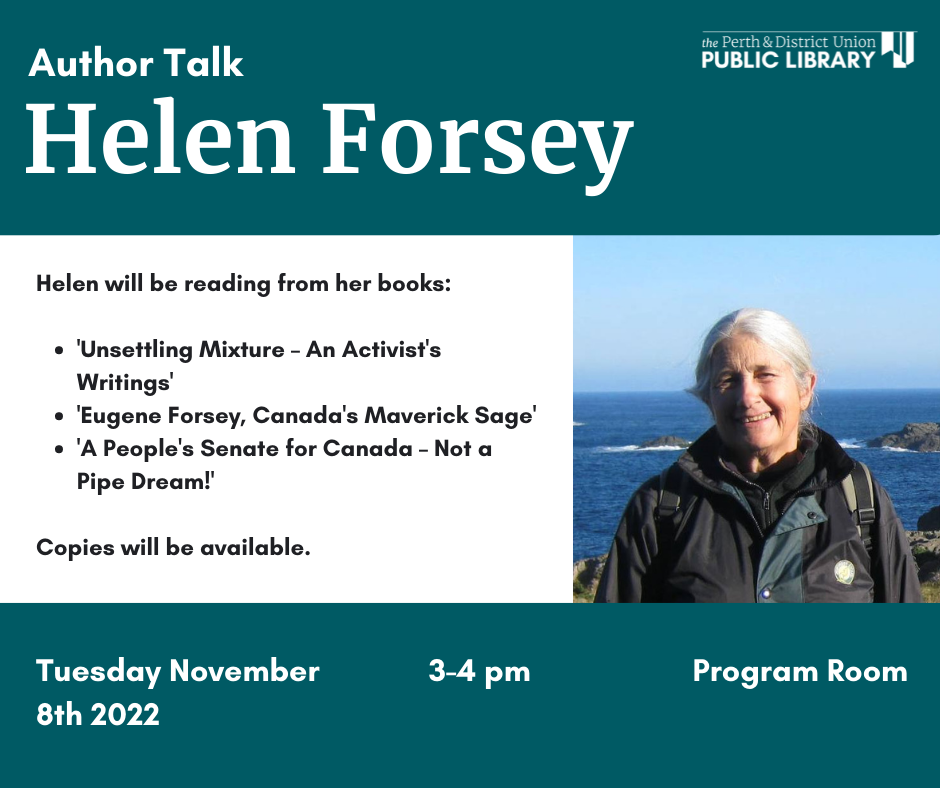 Helen Forsey is a writer and activist who grew up in a political family in Ottawa. After
studying agriculture at McGill, she worked for 18 years in international co-operation and
popular education in Canada and overseas.

Since the late 1980s, she has lived communally in rural Eastern Ontario, working as a
freelance writer, researcher, editor and translator. Her articles and books address a wide
range of subject areas, including farming, fishing, constitutional democracy, reconciliation and
solidarity. Her writings flow out of and feed back into her activism, reflecting her core values
of feminism and social and environmental justice.

A mother, grandmother – and now a great-grandmother – Helen divides her time between St.
John’s, Newfoundland, and a rural co-operative in Algonquin Territory an hour west of Perth.
Helen will be reading from her books, ‘Unsettling Mixture – An Activist’s Writings’, ‘Eugene
Forsey, Canada’s Maverick Sage’ and ‘A People’s Senate for Canada – Not a Pipe Dream!’

Copies will be available.